The conference will cover the following key topics; the European Patent with Unitary Effect, preparing for litigation before the Unified Patent Court, and enforcement of rights and patent settlements. Other speakers for the event include; The Hon Mr Justice Arnold (High Court of Justice), Professor Manuel Desantes (University of Alicante), and Florence Hartmann-Vareilles (European Business Law).

Vicki will be giving a talk with Tony Tangena (European Patent Institute) on the preparation for litigation before the Unified Patent Court, with a focus on the rights of representation called into question, on Thursday 4th December at 4.15pm.

If you are planning to attend the event, please don’t hesitate to introduce yourself to Vicki.

IP Asset are delighted to be taking part in the upcoming MediCity Innovators Week, 17th to 21st November 2014, MediCity, Nottingham. The event will mark the first year anniversary of the launch of MediCity and will be packed full of stimulating presentations and workshops from leading experts in the emerging total wellness sector.

IP Asset’s Ian Bingham will be giving a presentation, ‘Technology and IP Roadmap – An Interactive Learning Session’, on Wednesday 19th November, at 1.45pm. The session will delve into the technical and legal problems faced when trying to get a product to the market, from allocating valuable resources and capturing them, to solving issues which may arise, and identifying potentially high value IP. This will be a fully interactive session with audience members invited to take part in character roles whilst actively engaging in the process of identifying the problems and pitfalls of the IP minefield along the way.

The event is free for anyone from across the UK interested in proactive health and well being, so please come and join us on what is guaranteed to be an enthralling and innovative week!

We would like to thank everyone for attending our recent ‘Guy Fawkes Merriment’ Social on 6th November, at The Oxford Wine Café, here in Summertown. We all had a delightful night enjoying the delectable wine, relaxed manner and some classic Mamma Mia’s pizza to top off the evening. We would like to congratulate our newest wine connoisseur, Eva Stout, for taking home first prize for the wine tasting competition, with a notable old world guess (vintage 1971) from Rebecca Kaye. Please stay tuned for news of our next event! 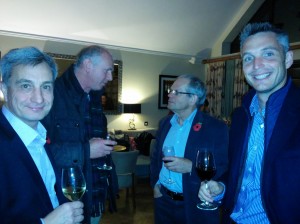 Next week IP Asset’s own Vicki Salmon will be speaking at the Westminster Legal Policy Forum, Thursday 16th October 2014, at The Caledonian Club, London.

The Forum will focus on the future of domestic and international reform. There will be a discussion of the workings of the Intellectual Property Enterprise Court (IPEC), one year on from its creation, and it comes just before the European policy makers decide on the finalised Unified Patent Court and Unitary Patent.

If you are planning to attend the event, please don’t hesitate to introduce yourself to Vicki. Further information can be found at www.westminsterforumprojects.co.uk.

This year is the 19th annual CIPA Congress, being held at the Lancaster Hotel in London, from 2nd – 3rd October 2014. The topic for this year’s event is ‘Intellectual Property from Cradle to Grave’, discussing the life cycle of IP. The event will feature several presentations, including IP Asset’s own Vicki Salmon, who will be speaking on the discussion panel at the close of the event bringing together the topics discussed. Other presenters include Baroness Neville-Rolfe (Parliamentary Under-Secretary of State for the Department for Business), Heli Pihlajamaa (European Patent Office), Jason Eisenberg (Sterne, Kessler, Goldstein & Fox), and Dr. Mohga M Kamal-Yanni (Oxfam GB).

If you are planning to attend the event, please don’t hesitate to introduce yourself to Vicki.

IP Asset was proud to sponsor the OSEM Summer Conference again this year. The conference was held on 25th September 2014, at the Saïid Business School, Oxford University.

The topic for this year’s Conference was ‘Strategic Partnership & Joint Venture’. After an introduction by OSEM’s Chris Towler, Ian Bingham of IP Asset kicked things off with a talk on the UK Government’s new approach to providing funding to, in particular, SME’s through securing loans against intangible assets such as IP. Further fascinating talks followed from several OSEM companies, including Oxitec, OBS Medical, Yasa Motors, and Oxford Nanopore Technologies. The day’s proceedings came to an end with a talk from Professor Thomas Hellman, Saïid Business School, followed by networking over dinner and drinks.

The event was thoroughly enjoyed by all, and a special thanks goes out to Jaz Jandor of OSEM for organising the Conference. 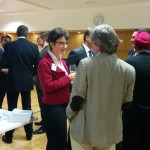 We would like to congratulate MacKenna Roberts for the recent publication of her Article, ‘The global intellectual property landscape of induced pluripotent stem cell technologies’, in the prestigious Nature Biotech (NBT 2975, 5 Aug 2014). Nature Biotech is a very high impact publication, MacKenna and the team at CASMI worked long and hard on the project – it is well deserved! Our own Ian Bingham and Dom Icely also contributed to the article and are proud to be published authors.

We would like to thank everyone for attending our recent Summer Social on 7th August, at The Oxford Wine Café, here in Summertown. We all had a splendid evening, enjoying the fine wine and food, as well as the relaxed atmosphere. We would like to congratulate our local wine connoisseur, Bob Shears, for taking out the wine tasting competition. Please stay tuned for news of our next event! 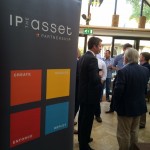 On the 16th July Ian Bingham and Vicki Salmon attended the Farnborough International Airshow, as guests of BAe Systems. They had a marvellous time trying out the simulation technology and watching the awe-inspiring Eurofighter weave through the sky. Ian is already on the waiting list for the new model Eurofighter once it hits the shops, and Vicki has sworn to keep her feet firmly on the ground after witnessing the death-defying aerobatics. 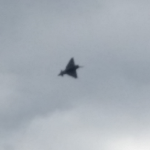 Venturefest Oxford is taking place this coming Tuesday, at the Said Business School, Oxford. Venturefest is an all-day event focussed on business creation networking, bringing together people and organisations. Ian Bingham, Vicki Salmon, Alan Chapman, and Dom Icely will all be attending the event. If you would like to arrange in advance to meet us, please let us know.